OREGON!? REALLY THOUGH!? Those were my exact thoughts when I found out I’d be traveling to Condon, Oregon (Where the hell is that?!) for a few of days for work. I’m an auditor, so my occupation entails a considerable amount of traveling.  I’ve traveled to some pretty cool places in and outside of the States, as well as some not so cool places.  Oregon most definitely wasn’t on my list of “Must Visit” locations, but, I must say, it’s a beautiful and scenic state that harbors its own uniqueness.

So, I had to cut my relax, recoup, revamp Sunday short to travel to one of the most rural  towns in the state of Oregon where there are no stop lights in sight, the closest Target or Wal-Mart is 80+ miles away, and the highlight of the town is the local residents’ excitement about the demolishing of an old barn-like structure in the center of town.

After driving hours to several different rural towns my team made a quick stop to grab some lunch before heading back to the DMV.  We stumbled upon a very cozy tourist center and restaurant alongside a breathtaking waterfall.  Although it was raining and gloomy, it didn’t take away from the beautiful falls.  After lunch we ventured out to Multnomah Falls.  This place is BEAUTIFUL and very picturesque!  Although I wasn’t able to make the 7 mile hike to the top of the falls due to the weather, I was able to make it up to a bridge and capture some amazing photos that I just had to share. 🙂 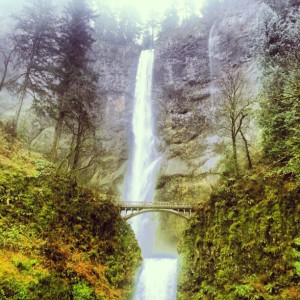 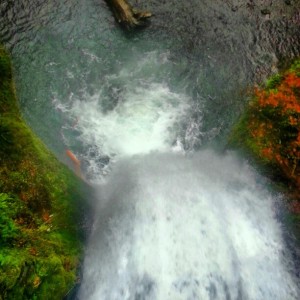 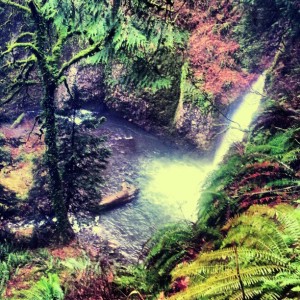 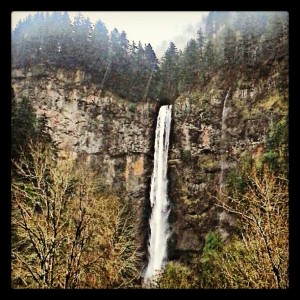 Multnomah Falls, one of the tallest and largest waterfalls in the United States, is definitely a hidden treasure in Oregon.  If you are planning to visit Oregon for work or pleasure be sure to check it out and get some postcard worthy pics.  The beautiful Multnomah Falls was the highlight of my short excursion to Oregon.

Hmm…I wonder where my next audit will take me…. 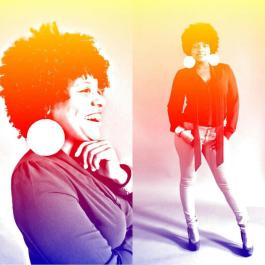